A Smelly Automotive Blog! 6 Car Smells That Could Signal a Problem.

Do you know what your car should or shouldn’t smell like?  Knowing which car odors are signs of safety, maintenance or mechanical problems is very important in keeping your car safe and reliable.  Plus, some odors signal the presence of substances that can make you sick or cause an adverse reaction. 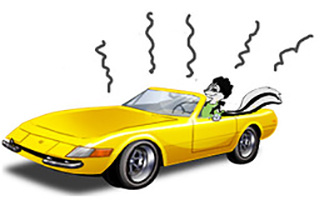 Here is a list of six types of smells that could signal a problem.  If you detect any of these smells, you’ll want to get your car checked out as soon as possible.

As we mentioned above, if you detect any of these smells, get them checked out for your health and safety as well as for the health of your automobile.

One response to “A Smelly Automotive Blog! 6 Car Smells That Could Signal a Problem.”