Do Self-Driving Cars Increase Your Chances Of Vehicle Theft?

Self-driving vehicles were once depicted as parts of some cool or dystopian future in which everything was automated. Now, you can find a whole fleet of them in Silicon Valley. The world is gradually moving towards this future. Advancements are being made everyday in the hopes of automating many aspects of our lives. According to most of these movie depictions of the future, we should be flying around with jetpacks and cars by now, but even though the world has not yet lived up to Marty Mcfly’s expectations, we are still close to breaking new ground in the automotive industry.

Self-driving cars open up a whole new realm of possibilities for drivers, and these cars will undoubtedly make traveling safer and easier. However, even though there are many good things that will come with the increased number of self-driving cars that will hit the road in the near future, there are also some security concerns that drivers, car manufacturers, and auto repair shops should have on their radar. In many discussions that involve self-driving cars, the focus is mostly on the safety aspect of these cars. It goes without saying that people will be apprehensive about letting a machine drive them everywhere since they would rather rely on their own instinct than code.

This notion was quickly debunked by Google. Google has logged over 1 million miles with its fleet of driverless cars, and they have performed amazingly well. In all the frenzy that surrounds safety on the road, people have let the security of self-driving cars slip into the background unnoticed. 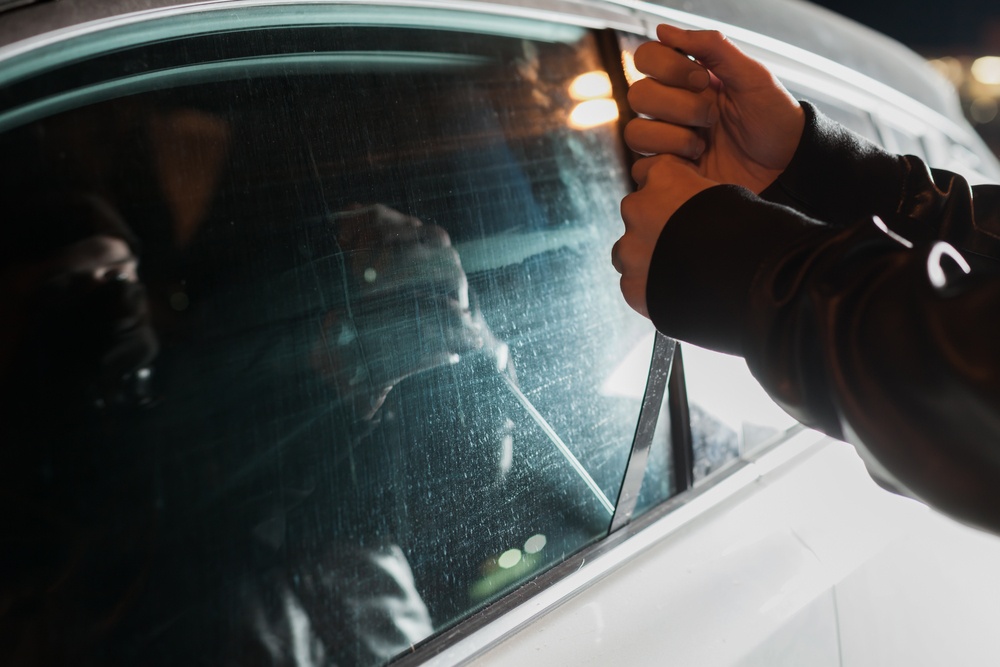 How often are cars stolen? In 2014, the FBI’s Uniform Crime Reporting Program (UCR) estimated that 689,527 motor vehicles were reported stolen. This might seem like a high number, but the annual number of car thefts are on the decline. Many people attribute this to cars becoming much harder to steal due to increased security measures. In addition to these security measures, many cars are integrated with 3rd party monitoring services and GPS location services. The FBI also reports that a car theft occurs every 44 seconds on average. It is important to realize that the term car theft also extends to stolen car parts.

Essentially it has gotten much harder to use traditional methods to steal cars. Even so, there was a recent spike in car thefts that revolves around cars with the push button start feature. Some car thieves are able to override the security protocols for these keys and then program an entirely new key, which renders the driver’s original key useless. However, these occurrences are few and far between, requiring professional tools and key fob replacement experience.

Self-driving cars will most likely not increase the chances of your vehicle being stolen. The odds of your car being stolen are estimated at 0.5% (as reported by the FBI), and this number increases in urban areas that have higher populations.

The reason why it will be increasingly difficult for a self-driving car to be stolen is because of how interconnected it is with other devices. These cars are powered by computers that are constantly being fed information from sensors and a host of other components in order to make it drive smoothly and safely. These vehicles have advanced security features that make them impervious to traditional unauthorized start methods. The security field will now stretch from physical security to cyber security. Automated cars will essentially be a part of the IoT (Internet of Things), which will mean that they are in constant communication with other devices. Even so, if a car thief did happen to break into your car, they would not be able to get far due to GPS tracking, or even a remote shut down by your vehicle’s manufacturer.

Owning a self-driving car will not increase the chances of your vehicle being stolen. If anything, it will decrease the chances of your car being stolen. For instance, many vehicles are stolen due to negligence on the part of the driver. Now, your vehicle will be equipped to make up for any of your shortcomings. It will also make it easier for the police and insurance companies to track down your vehicle, which in turn saves time and money. Tracking vehicles down is by far one of the hardest things to do with car thefts. However, self-driving cars almost entirely eliminate that problem.

Self-driving cars will change a great deal about the experience of driving over the next few years. These vehicles are getting closer to reality and further away from just imaginative science fiction. There is no doubt that there will be some flaws inherent in self-driving cars, but as of right now, they will not increase the chances of vehicle theft. On the contrary, these self-driving cars will make it much easier to track down automated vehicles that have been stolen, and they will also make it much harder for one to even be stolen. Self-driving cars will help reduce the number of car accidents per annum as well as the number of car thefts per annum. The future isn’t up to Marty Mcfly’s standards yet, but we’re not doing so bad ourselves.