Last week I noticed that a VW had been in our workshop for a number of days. I knew it was having heater issues so I asked Ben, the technician working on the car, what he had found.

Ben took me over to the bench and there, laid out in a row, were many of the main engine cooling system components and the heart of the cars interior heater, the heater core. 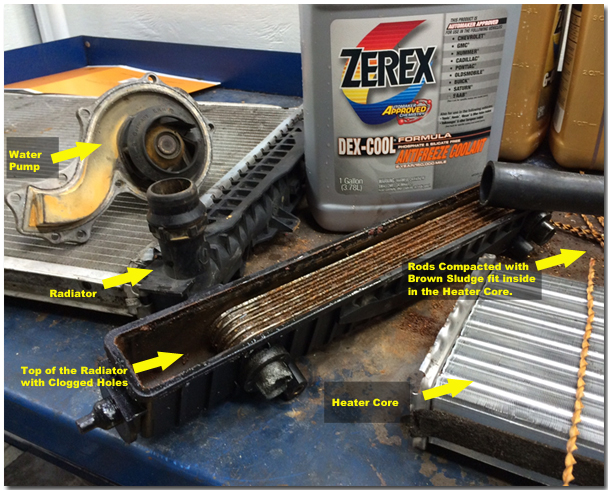 This was a complex job because we had to remove the dash just to get to the heater core. 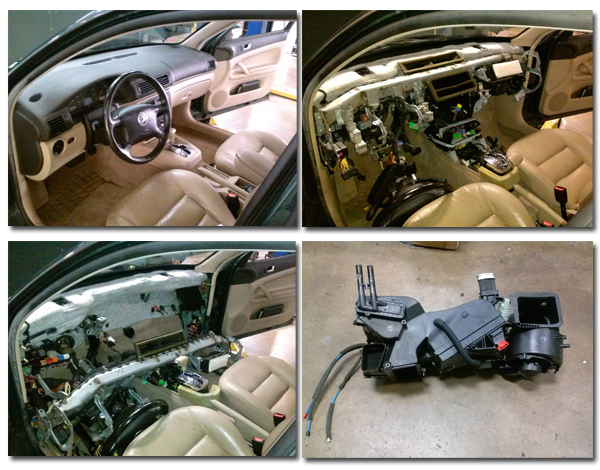 These photos really show the extent of the problem. 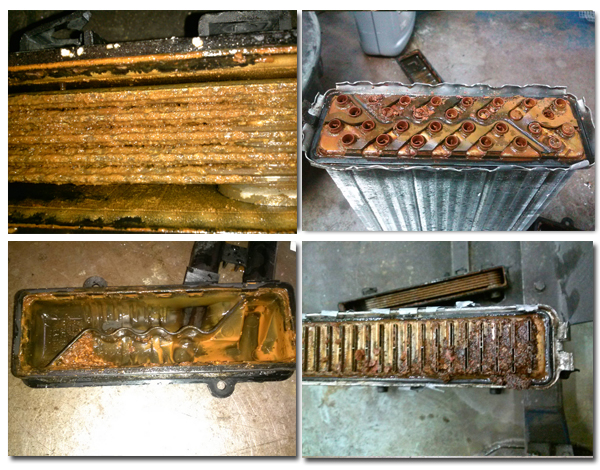 Looking closely I could see the heater core and radiator were in terrible condition. The tiny passages where the coolant flows were blocked with brown sludge. I asked how many miles were on the VW, and there were only 120,000 miles. That is not a lot for a car that typically gets at least 200,000 with good preventive maintenance and care.

So what had happened???    Not enough coolant changes!

Long life antifreeze or “lifetime” anti freeze rust inhibitor additives begin to break down in a short period of time. Once that happens the interior of the cooling system begins to rust. In the case of the VW that had been sitting in our shop, the coolant had not been changed for a very long time, if at all, so it caused a lot of damage.

The moral of this story: Change your car’s antifreeze and save yourself thousands of dollars in repairs!